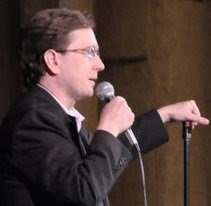 Patrick Stuart has been involved in the internet since before the internet.  Hosting a small BBS in the late 80’s on his mom’s shared fax line connected to an X10 switch he bought with his employee discount at Radio Shack to automatically turn it on after 6 pm and off before 8 am allowed him to “borrow” that phone line and launch “After 6 BBS”.  From there, Patrick has been involved in various hacking groups, but then joined the corporate world working for Xerox Corporation as a Systems Analyst and Production Consultant.  Patrick earned his BA in Theater from Purdue University after realizing computer engineering didn’t involve working with people.  Patrick studied at NYU Tisch School of the Arts and the Lee Strasberg Theatre Institute in NYC before running out of money and returned to finish his degree at Purdue.

Patrick has been an avid technology geek, even before it was popular and cool.  He was that kid in grade school with a calculator watch, in the 80s.  He had the first of any tech toy and gadget that practically ever came out, including mini-disc, Tandy Zoomer, and yes, a Microsoft Zune.  A long time beta tester for a variety of consumer and business solutions and hardware, Patrick loves to break things and even put them back together.  Despite having a theater degree, Patrick has been coding since he was a kid and first made that turtle move 3 steps forward and then turn right.  He has working knowledge of dozens of programming languages from JavaScript to PostScript, Fortran to iOS Firmware.  He loves using Visual Studio and .NET because its easier, but knows all the OSS tools out there and has helped build and launch dozens of websites.  Patrick has been involved in Home Automation solutions over the last 20 years, starting with X10 and most recently with Control4, as a consultant to a dealer for the last 5 years.  He has been involved in extremely complex implementations and developed his own drivers for many 3rd party devices.

Most recently, Patrick has spent the last 10 years in the printing industry trying to figure out ways to print less and bring all of that print online.  Working with large clients like Target, GE Capital and Kodak, Patrick helped develop complex online web to print solutions for a wide variety of campaigns leveraging variable data and on-demand digital print solutions. Patrick decided to change up his career and joined Art Instruction Schools as President in 2013 and started a journey to bring the 100 year old “Draw Me” distance education company online.  This two year journey involved migrating 20 year old databases and writing everything from scratch, but despite all the barriers to getting this company online, he launched their online platform in July 2015.

Patrick has also been the host of a variety of Podcasts, most notably, Today in Print and Money Well Spent and hosted “Live Coding Fridays”, a show produced in his newly created Stuarttech Studios and livestreamed on Youtube.  Patrick has also dabbled into the world of Stand Up Comedy, having performed over 250 shows opening and hosting for many great comics, including Louie Anderson, Kevin Meaney and Jim Wiggins.  Patrick donates all the money he earns from comedy to charity.

Patrick joined Hubitat in 2017 and is current the Head of Product & Business Development to help bring a new home automation solution to market.  As a startup, they recently launched the Hubitat Elevation which retails for $149.95 but can be bought during the launch for $99.95.